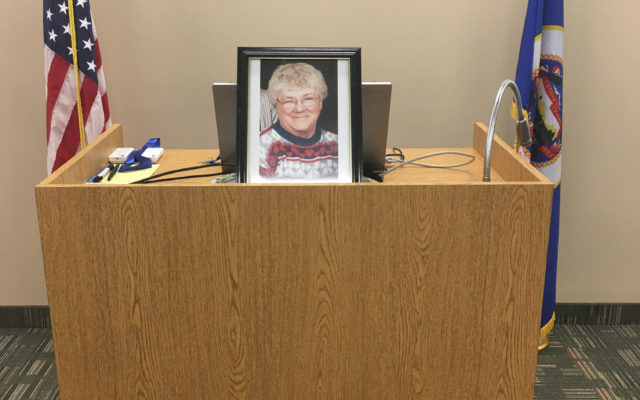 Evelyn Adams' photo rests on the podium where police held a media briefing on the year anniversary of the assault that led to her death.

It was three years ago that an elderly South Bend Township woman was severely beaten by an intruder during a snowstorm.

Investigators say they have some idea of what happened to Adams, but they need help from the public to piece it together.

“The sheriff’s office has some insight into what happened that day, but still needs the public’s help,” says a press release from the Blue Earth County Sheriff’s Office.  “If you have any information, you could help bring closure to Evelyn’s loved ones.”

Detectives are asking anyone with information on Adams’ murder to come forward, either to the Blue Earth County Sheriff’s Office, or anonymously through Crime Stoppers of Minnesota.

A reward of up to $1,000 is being offered for information leading to the arrest of those responsible for Adams’ murder.