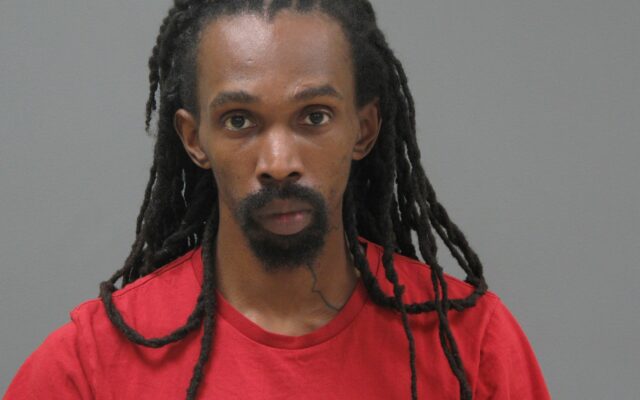 Attempted murder and other charges were filed in a downtown Mankato shooting that apparently stemmed from road rage.

The shooting happened early Saturday morning at around 1 a.m. near North Second & Mulberry streets.  Court documents say a passenger in a vehicle was shot in the stomach by McRae-Hayes, who was in another vehicle.

McRae-Hayes is charged with 2nd-degree attempted murder with intent and felony dangerous weapons- drive-by shooting.   Garrett is charged with aiding and abetting both of those crimes.

According to a criminal complaint, the victim and three others were in a vehicle stopped at a light behind a white vehicle driven by Garrett. Court records say the light turned green, but Garrett didn’t start driving, so the people in the car behind her began yelling at the vehicle to go.

Witnesses in the car with the victim said the white car was suddenly very close behind them before it pulled up beside them. The victim, who was sitting on the rear driver’s side, later told investigators a male passenger in Garrett’s vehicle pulled out a gun, pointed it directly at her, and began shooting.

The complaint says four to five shots were fired.  The victim told the others in the car she believed she had been shot in the stomach.  She was dropped off at a hospital and police were dispatched to the emergency room. Investigators were unable to immediately speak to the victim, who was being provided “significant care,” according to the complaint.

At the scene of the shooting, detectives say they found three 9mm casings, two bullet fragments, and broken glass.  Investigators also identified the witnesses and the targeted vehicle through hospital surveillance images.  Police say they found holes in the windshield and the rear driver-side door that were consistent with bullet holes.  The complaint says glass fragments were also found inside the vehicle.

The victim told police that doctors believed the bullet went into her left side, through her stomach and liver, and out the right side into her arm.  No one in the victim’s vehicle had a gun, according to the complaint.

McRae-Hayes and Garrett were also identified through surveillance.  According to court documents, a search warrant on their St. Peter residence produced two loaded 9mm pistols and a .22 AR-15 style rifle.

The complaint says McRae-Hayes admitted to shooting at the vehicle, but he wasn’t sure how many shots were fired.  He admitted the casings were all from his gun, according to police.  He claimed he only meant to scare the people in the other vehicle.

McRae-Hayes asked police to apologize to the victim, according to the complaint.

McRae-Hayes is prohibited from possessing any ammunition or a firearm because of a previous simple robbery conviction.

Garrett and McRae-Hayes are currently in custody at the Blue Earth County Jail.