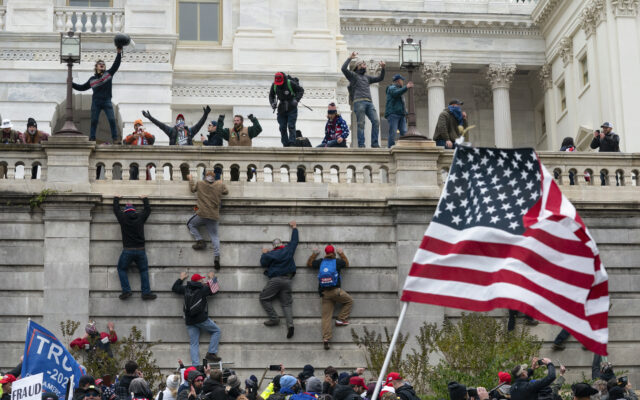 An Austin man and his father both pleaded guilty Tuesday to a federal charge connected to last year’s insurrection at the U.S. Capitol building.

Daniel Johnson, 29, of Austin, and his father, Daryl Johnson, of Iowa, pleaded guilty to civil disorder in the District of Columbia, nearly a year to the day after the unrest.  The two men are accused of unlawfully entering the Capitol on Jan 6, 2021.

Court documents say the men entered the building through a broken window in the afternoon and rushed officers who were trying to keep rioters out of the building.  They apparently stayed inside the building for about 26 minutes.

Father and son are scheduled to be sentenced on April 12.  They face up to six years in prison and a $20,000 fine.