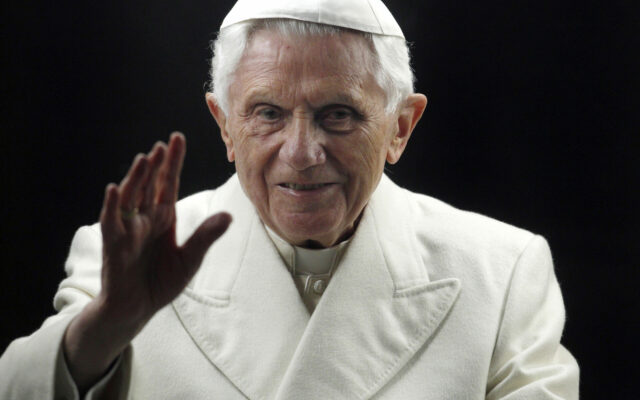 @ap.news FILE - Pope Benedict XVI blesses the faithful as he arrives in St. Peter's Square at the Vatican to bless the nativity scene on Dec. 31, 2011. Pope Emeritus Benedict XVI, the German theologian who will be remembered as the first pope in 600 years to resign, has died, the Vatican announced Saturday. He was 95. (AP Photo/Pier Paolo Cito, File)

Benedict was the first pope in 600 years to resign. Benedict had become increasingly frail during his almost 10 years of retirement. Benedict’s dramatic decision in 2013 to resign paved the way for the conclave that elected Pope Francis. The two popes then lived side-by-side in the Vatican gardens in an unprecedented arrangement that set the stage for future “popes emeritus” to do the same.

The former Cardinal Joseph Ratzinger never wanted to be pope. But he was forced to follow in St. John Paul II’s footsteps, running the church during a period of scandal and indifference.

President Biden To End COVID-19 Emergencies On May 11