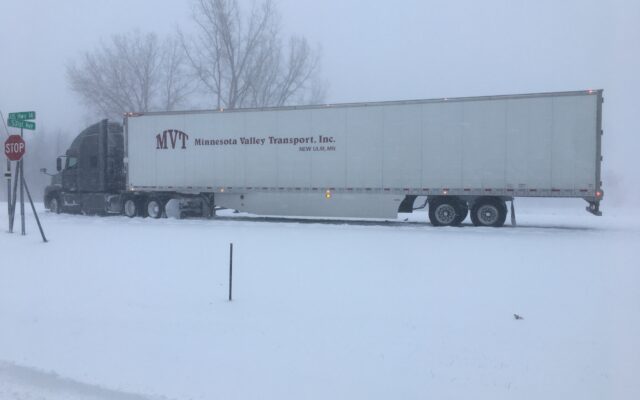 A semi lost control in Courtland as travel grew trecherous

The storm started with light rain that developed into heavy snow as the temperatures dropped and winds picked up around the region.

The Minnesota Department of Transportation shut down several highways, including Highway 60 west of the junction with Highway 169.

A large power outage affected Lake Crystal residents, some of who gathered a the recreation center to keep warm overnight.  BENCO Electric Cooperative warned customers that high winds and galloping power lines would delay the restoration of services.  Outages were also reported in Courtland and Madelia.

Here are the peak wind gusts NWS recorded from around the region: