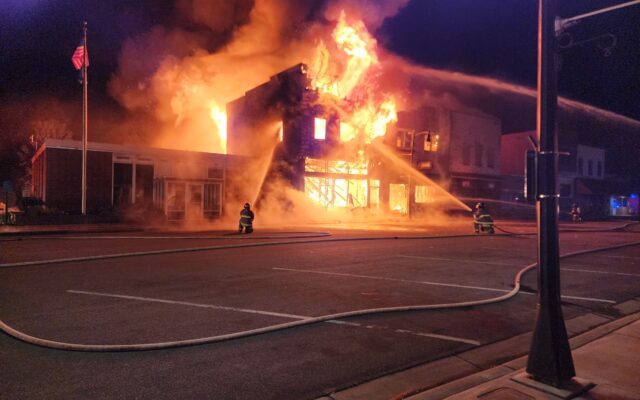 Southern Minnesota News has learned that a fire has destroyed part of downtown Fairfax.

Witnesses say the Fairfax Fire & Rescue was on the scene shortly before 5 a.m. Sunday and multiple agencies responded to the blaze.

The Smokey Hollow cafe was destroyed in the blaze, according to witness accounts.

The former Jimmy’s Pizza building and the former Rec Center building were also reportedly destroyed in the fire.  A resident told SMN both buildings are currently vacant.  The post office and Lion’s Den also suffered smoke and water damage.

SMN has reached out to the Renville Sheriff’s Office for more information. This story will be updated accordingly.