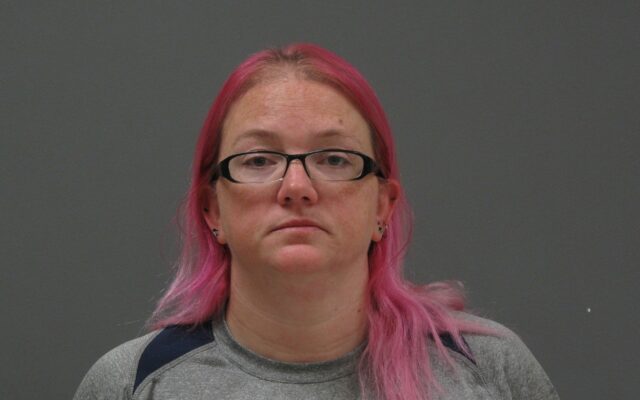 Police say a St. Peter woman was intoxicated when she slammed into a police cruiser before leading the officer on a pursuit.

Jessica Colleen Hughes, 40, was charged Thursday in Blue Earth County Court with felony fleeing police in a motor vehicle and gross misdemeanor DWI for the events of July 12.

A criminal complaint says at about 10:30 p.m., a Mankato officer had just finished assisting on a traffic stop when a car driven by Hughes struck the fully marked squad car, which was parked on North Riverfront Dr.  The officer had just gotten into his vehicle and the emergency lights were activated, according to the complaint.

Police say Hughes did not stop or slow down after the impact.  The officer began a pursuit and caught up to Hughes, who was allegedly traveling 50 mph down Riverfront Dr.  The complaint says Hughes’s car went airborne and landed in the oncoming lane of traffic, then drove the wrong way down Riverfront.

Officers tried to cut Hughes off at a roundabout, but she allegedly drove around the squad car and sped up to 70 to 80 mph.  Police say her car approached a curve at Lime Valley Rd, where she drove into the southbound lane and over the guardrail for some distance before the car came to a stop.

The criminal complaint says Hughes admitted to being intoxicated.  A preliminary breath test put her blood-alcohol content at .21, more than twice the legal limit.