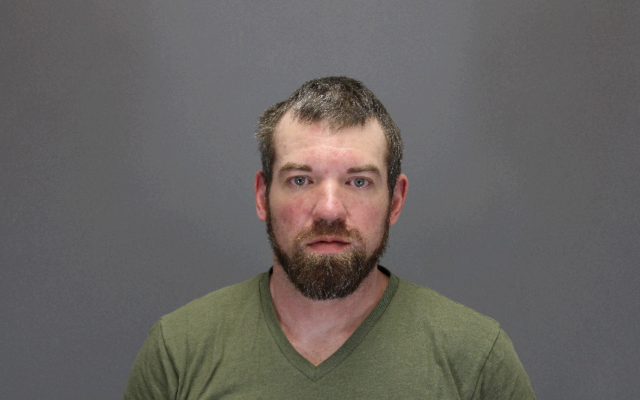 A Winnebago is accused of breaking into his ex-girlfriend’s home and stealing her gun while her terrified children were home alone.

Cody Leigh Stedman, 38, was charged with felony counts of burglary and theft in Faribault County Court.

A criminal complaint says a witness reported seeing Stedman smash the windows on his ex’s vehicle, enter her home, and draw all the blinds in the house.

The witness advised police the children at the home had called, terrified that Stedman was at the house. The children were told to go next door where it was safe, according to a criminal complaint.

The responding officer ordered Steadman to exit the home, but he refused to listen to her commands until a second officer arrived.

Stedman told police he was still in a relationship and lived at the home with the woman. He maintained that he still paid insurance on the damaged vehicle.

The children told officers Stedman had moved out of their home. The charging document says the children had been home that evening when an angry Stedman arrived. He left, but later returned to the home, says the complaint.  The children said they were scared and locked the door, but Stedman was able to gain access to the home through the front door, which didn’t lock.

Steadman went into their mother’s bedroom and grabbed a weapon, the children said.

Police made contact with the children’s mother, who said she suspected Stedman had smashed out her windows because she was on a date and wasn’t answering his calls.  She told police she was no longer in a relationship with Stedman and he no longer lived at the home.  She confirmed she owned a firearm for protection against Stedman.

Stedman was arrested.  A loaded firearm, a knife, and several beer caps were found on his person.

Police say Stedman was belligerent and uncooperative, responding “f**k you” to nearly all questions the officer asked.