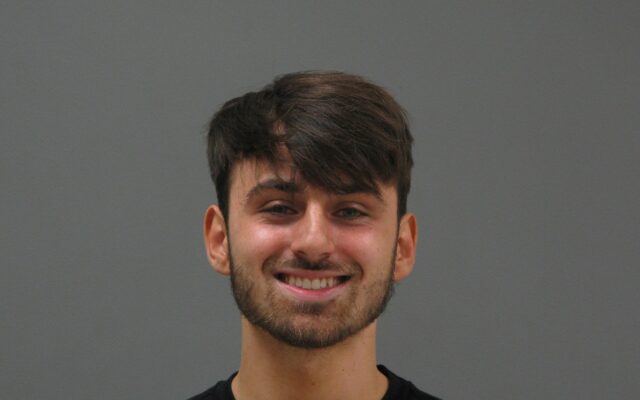 An Eagle Lake man is accused of pulling a gun on two McDonald’s customers Sunday night.

The victims told police that they were trying to leave the McDonald’s on Madison Ave Saturday night at about 10:15, but a vehicle was blocking the driveway.  The victims told investigators they pulled up next to the vehicle and asked the driver – later identified as Ayers Schueneman – to move.

A criminal complaint says Ayers Schueneman mumbled something and one of the victims made a comment to him regarding a sexual act, prompting him to pull out a black handgun.

Ayers Schueneman used the gun to turn on the dome light, according to the complaint.  The victims left in their car and Ayers Schueneman allegedly followed them and yelled “I will pop yall’s ass,” and “get some of this Draco,” at them.

The victims told investigators they were terrified as Ayers Schueneman continued to follow them.

Officers located Ayers Schueneman.  Inside his vehicle, they found a fast-food bag from the restaurant.  A firearm was located between the driver’s seat and center console, according to the complaint.  Two extended magazines were also discovered, according to court documents.

The victims identified Ayers Schueneman as the suspect.