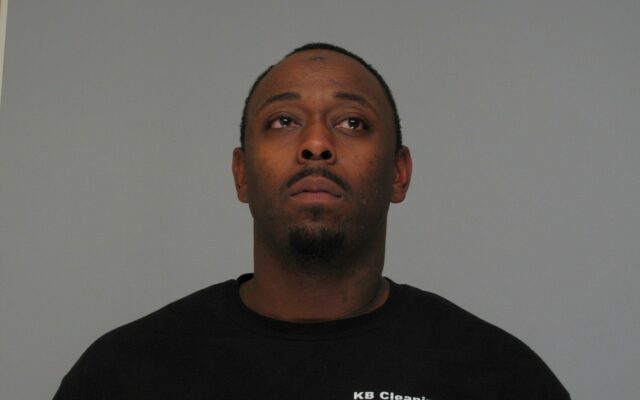 A Winnebago man is accused of kicking in a pregnant woman’s door, assaulting her, and threatening her.

Donald Terrience Thomas III, 33, was charged Thursday with felony counts of 1st-degree burglary, domestic assault, and threats of violence.  A warrant has been issued for his arrest.

Mankato police responded Tuesday to the home of a pregnant woman who said she had been in a relationship with Thomas for several months.  The victim and Thomas did not live together.

The victim told police Thomas came to her home at 2 a.m. that morning and kicked in her front door when she was asleep.  Thomas allegedly accused the victim of f**king the neighbor and claimed he was going to jail because he shot someone.

A criminal complaint says Thomas then choked the woman before punching her in the eye.  Thomas allegedly threatened to kill the victim once she had the baby.

The victim also reported an alleged incident on Sept 9 in which Thomas put his hands around her throat but didn’t choke her.  The complaint says Thomas had been sending the woman threatening messages since that incident, including photos of his guns.

The victim told police she feared Thomas could possibly kill her, as the violence in the relationship was getting worse.

Thomas was convicted in three separate domestic assault cases in 2016; two of those were felonies.  Court documents say he is bonded out of jail on a felony threats of violence case in Blue Earth County.  A jury trial for that case is set for Nov 29.  Police say he also has a pending case in Waseca County for felony harassment.  His plea hearing in that matter is scheduled for next week.