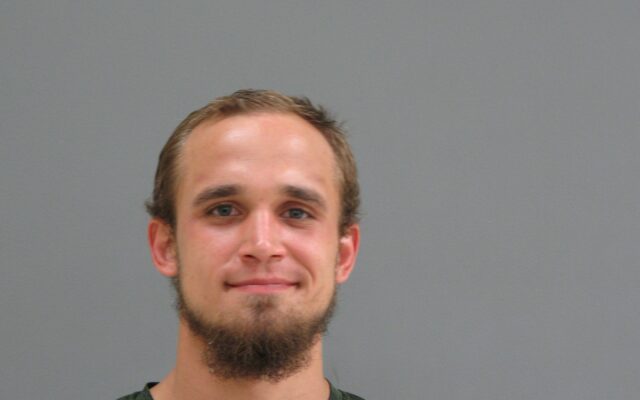 A man who was kicked out of an apartment duplex for alleged meth use is accused of intentionally starting the building on fire.

According to a criminal complaint, the upstairs renter saw smoke coming from the side of the home at about 8:14 p.m. on June 20.  She told investigators she had spotted a red gas can on fire between two entry doors and was able to pull it outside.

Schultz’s roommate told detectives she remembered seeing the gas can in the shed when she left earlier that day.  She said only the upstairs neighbor, Schultz, and herself knew where the gas can was stored.  Schultz had apparently used it three nights earlier to light a backyard fire.

The criminal complaint says Schultz was kicked out of the unit that day because of his meth use.  The woman told police Schultz was not welcome at the property anymore, and she had packed his summer belongings in a duffle bag for him to pick up outside the residence the day of the fire.

Police say Schultz had called 911 earlier that evening to request a welfare check for his roommate and children at the apartment.  He told the 911 operator the woman was taking prescription medication and he was worried for the children’s well-being.  Schultz called 911 again two hours later to report he was not happy with the outcome of the welfare check, says the complaint.  The fire was discovered about an hour after his second 911 call.

A witness and surveillance video placed Schultz near the home shortly before the fire, according to the charging document.

Police say Schultz smelled of gasoline during his interview.  Schultz told them it was because he’d lit a bonfire at the duplex days earlier and had been wearing the same clothing for about 2 or 3 days, according to the complaint.

Schultz is currently in custody in Blue Earth County.