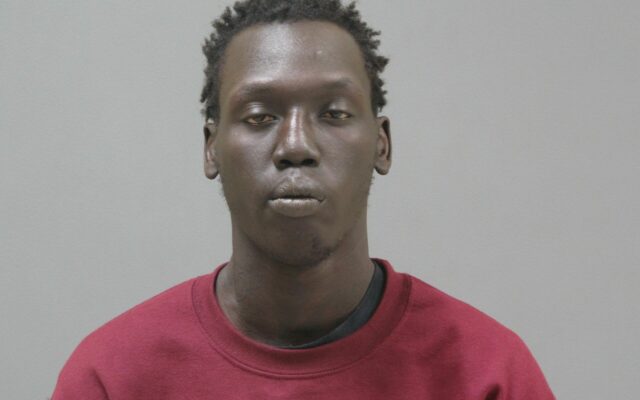 A warrant has been issued for a man accused of severely beating a woman for wearing an American flag shirt.

Mankato police were called at 4:15 a.m. Tuesday to an open line 911 call with a screaming female, a male voice, and thumping sounds.

Police arrived to find a woman with a face so swollen that officers couldn’t see her eyes.  The victim was also bleeding from the nose and her entire body was soaking wet.  Police saw water, broken plastic, and several cracked cell phones on the floor.

The victim told officers Jal attacked her because he was upset she was wearing a shirt with the American flag on it.  Jal allegedly choked the victim and punched her, then ripped a towel rack out of the wall and stabbed the victim with it.  Police say the victim had a puncture wound.

Jal is also accused of threatening to kill the woman and telling her she would die.

Jal took a cell phone and broke it when the victim called 911.

Witnesses heard Jal threaten the victim.  The owner of the cell phone told officers Jal hid the towel rack under the bed and left the residence.  Police found the towel rack, but were unable to locate Jal.

Jal has also been charged with misdemeanor counts of interrupting an emergency telephone call and damage to property.

Jal has a lengthy criminal history that includes felony convictions for drug sales, threats of violence, and fleeing police.  A warrant has been issued for his arrest.