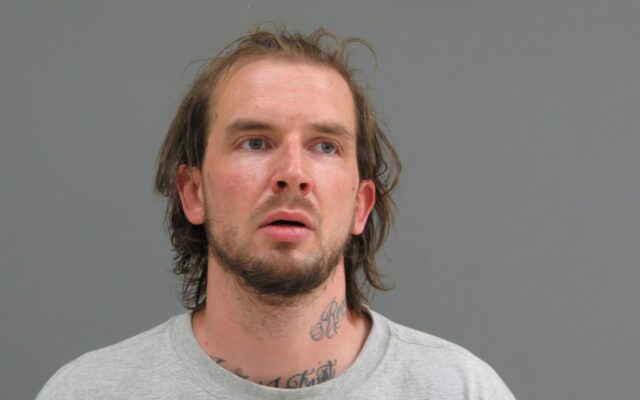 A man with an extensive history of domestic violence tried to drown his girlfriend in a hotel bathtub and smothered her with a towel doused in a chemical, according to court documents.

Officers were dispatched to a Mankato hotel just after 2 a.m. on May 7, after an employee called police to report a domestic disturbance.

The victim told officers that she had been taking a bath when Rue held her underwater and tried to drown her.  Rue then sprayed a towel with a chemical – possibly drain cleaner – and held it over the woman’s face, says the complaint.

The victim said she was able to kick her way out of the bathtub and escape to the living area, but Rue had blocked the door with a heavy storage cabinet that she was unable to move.  The woman escaped by jumping through a window and ran to the front desk to ask for help, according to the charging document.

Police say the victim was wearing only a towel when they responded.  The victim had a bruised eye, which the woman said was from an incident a week prior, when Rue allegedly elbowed her in the eye and kicked her arm. The woman told police that she’s been dating Rue for about a year and a half, but they are prohibited from having contact under an order for protection.

The complaint says Rue and the victim had argued in the lobby prior to the bathtub incident and Rue hit her in the head with a cell phone, which the hotel employee witnessed.  The victim left the hotel to stay at a friend’s house, but later returned to an upset Rue, who then attempted the drowning, according to the complaint.

Rue was later located at another hotel.  He refused to answer the door, so officers eventually cut the chain to access the room.  Rue was found in the bathroom and arrested.

There is also a pending case in Colorado against Rue, in which the same victim alleges Rue tried to light her on fire.  The Order of Protection stems from this case.  Rue has a number of additional pending cases, which include threats of violence, felony domestic assault, false imprisonment, and felony violation of an order for protection.

He is currently in custody at the Blue Earth County Jail.