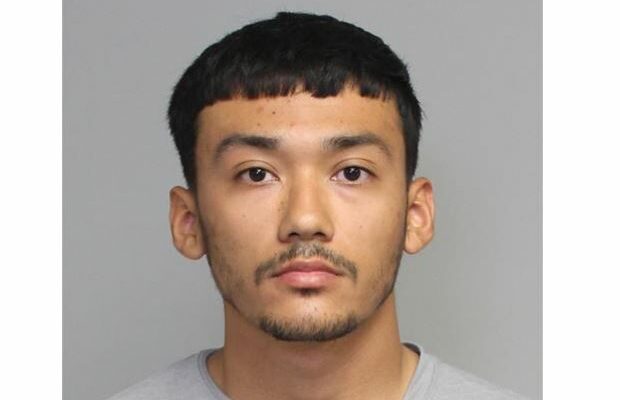 A pursuit that led to the arrest of a Texas man reached speeds in excess of 100 mph on Fairmont’s city streets, according to charges filed Tuesday.

Cruz Jesus Castillo, 20, faces felony charges of 1st-degree damage to property and fleeing police in a motor vehicle in Martin County Court.  Police say Castillo was behind the wheel of the pickup that fled police over the weekend.

The incident began at about 12:37 a.m. on July 2 when a Fairmont police officer observed a southbound pickup on State St without taillights or headlights that ran a red light.  The policeman attempted a traffic stop, but the pickup instead accelerated, traveling 104 mph in a 30 mph zone.

The truck traveled on Highway 15 to 90th St, eventually leading police to eastbound 70th St, where two Martin County Sheriff’s Deputies joined Fairmont police in the pursuit, which again reached speeds in excess of 100 mph.  A deputy maneuvered his squad to stop the pickup, which did a 180-turn and came to a stop in the middle of the road.

The deputy pulled out his service weapon and gave verbal commands to Castillo, but he fled the scene, again traveling in excess of 100 mph on 70th St, before going off-road at 200th Ave.  Police say no one was in the pickup when officers arrived at the crash site.

The state patrol eventually located a suspect hiding in the cornfield approximately 30 yards west of the crash site. That suspect was identified as Ezequiel Torres, who faces misdemeanor charges in connection with the incident.  Torres told police he and Cruz were working in the area and staying at the Budget Inn Motel.

The complaint says Castillo initially ran from police when he saw them at the Budget Inn, but he was eventually apprehended and transported to the Martin County Jail.

Castillo allegedly told police he fled because he panicked.

A Martin County Sheriff’s squad car was damaged during the chase.  A telephone cable junction box and part of a cornfield were also damaged by the pickup when Castillo crashed.  His pickup was a rental that was also damaged, according to the complaint.

Castillo also faces charges of obstructing the legal process, reckless driving, fleeing police by means other than a motor vehicle, speeding, and careless driving, all misdemeanors.