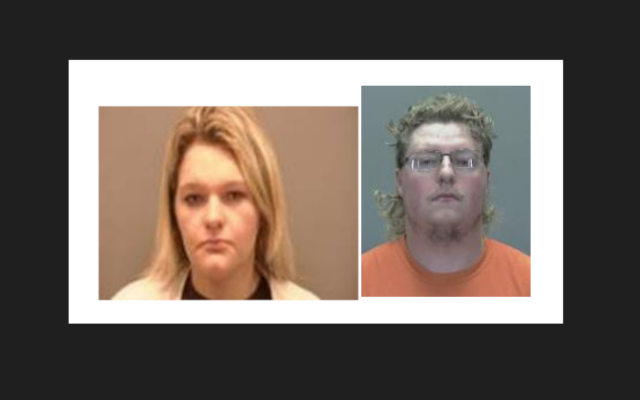 A Renville man is accused of drugging and raping a girl while a Willmar woman allegedly helped him act.

According to court documents, Freitag gave the 13-year-old girl a drink that made her feel dizzy and pass out.  The complaint says the victim woke up naked in Freitag’s bed, where both Jones and Freitag were also unclothed.  Freitag began sexually molesting the teen while also touching Jones, according to the complaint.  The complaint says Jones then twisted the girl’s hair to force her to perform a sex act on Freitag.

Freitag then began forcefully raping the girl, according to the complaint.  The teen told investigators he also slapped her and pulled her around the room by her hair.  Jones also allegedly told the teen he knew she “wanted this” and told her the rape was legal because there was “adult supervision.”  The complaint says Jones did not use protection when he raped the girl.

Investigators say several people received social media messages regarding the assault from both Jones and Freitag.  The messages included photographs of the victim, according to the charging documents.  None of those messages were sent by the victim.

Freitag initially denied the sexual assault, but eventually admitted to forcing the victim into sexual acts and the rape.  He corroborated the victim’s account of Jones holding the girl’s head down.

Jones and Freitag were arrested and released on $150,000 unconditional bail and $75,000 conditional bail, according to Renville County Attorney Kelsie Kingstrom.  They are to have no contact with the victim and are not allowed to possess pornography.  They are also not allowed to use social media without monitoring software.  Freitag was ordered not to have contact with minors.  Kingstrom said her office will do everything they can to bring justice to the victim.