A St. Peter man charged with raping a teenager blamed an overload of THC in his system for the incident.

A criminal complaint says the 15-year-old girl was at Bruner’s apartment on July 2 with another person who eventually left the residence.

Bruner allegedly locked the door and ordered the girl into his bedroom where he raped her and forced her to perform sex acts.  The complaint says Bruner did not wear a condom.

In a statement at the Child & Family Advocacy Center, the victim said she told Bruner “no,” “get off,” and slapped him in the face, but he ignored her.  She told authorities Bruner was aware of her age.

Two witnesses told detectives the victim sent them messages that she had “been raped by Anthony.”  Another witness told St. Peter police that Bruner said he had sex with a 15-year-old he thought was 18.  Bruner gave the witness a first name that matched the victim, according to the complaint.

Bruner appeared at the St. Peter Police Department on July 5, where he allegedly told a detective: “We both know why I’m here.”  The complaint says Bruner told police that he was under the influence of THC gummies, vape pens, and marijuana, and he was concerned that he had received messages calling him a rapist.  He allegedly admitted the victim had been at his house on July 2, but claimed he struggled to remember the events of the day.

Bruner then allegedly told police that if  he “hypothetically” did have sex with the victim, it would have been consensual or he “might have lost control” because it had been so long since he had sex.

Police say Bruner eventually admitted to raping the victim and knowing her age.  The complaint says he told investigators he “shouldn’t be putting himself in this situation,” because he has a daughter the same age as the victim. 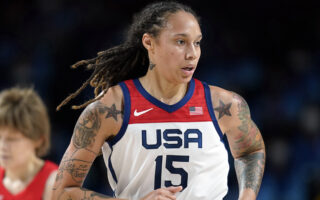