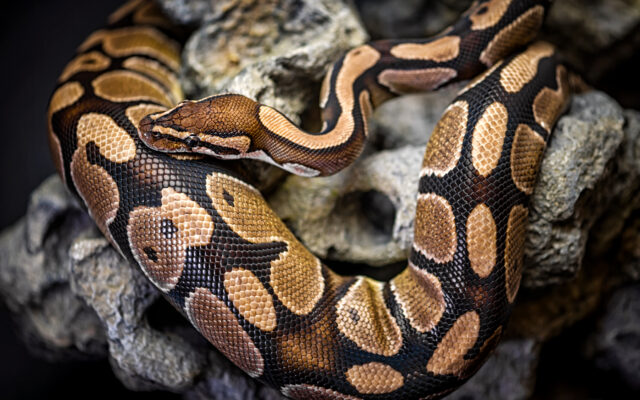 A python curled up on a rock.

A Winthrop man is accused of starving his ex-girlfriend’s pets, leading to the death of several reptiles.

A criminal complaint says police responded to a report of neglected animals at an address on Hennepin St in Winthrop on June 17.  A king snake, a python, and a crested gecko were found dead at the residence, according to the complaint.

Fritz told investigators he was caring for his ex-girlfriend’s pets.  He wasn’t aware that some of the animals had died, but said the snakes had not eaten for approximately a month, according to the complaint.  The geckos had apparently not eaten in two weeks.

The reptiles were removed from the residence and placed with rescue agencies.

It’s the second time this month a Sibley County resident has been charged with a felony in connection to an animal’s death.  Last week, a Gaylord man was charged after his dog died after being left outside on a day where temps soared above 90 degrees.