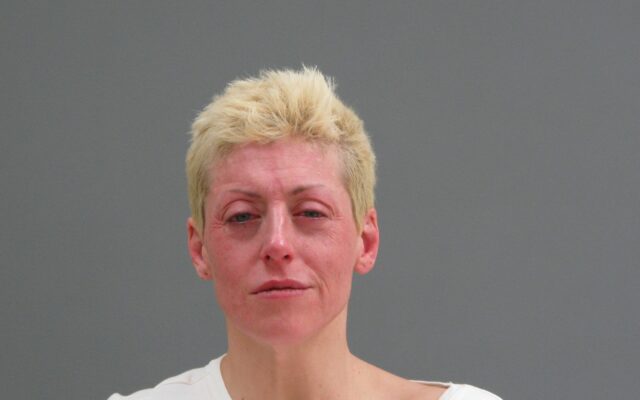 A woman is accused of a drunken assault on her boyfriend while the couple stayed at his mother’s rural Amboy home.

Natalie Rose Brisson, 40, of Rochester, was charged with felony counts of second-degree assault with a dangerous weapon and domestic assault in Blue Earth County Court.

According to a criminal complaint, an intoxicated Brisson, who had recently arrived at the home, jumped on top of her napping boyfriend.  When he asked Brisson to get off him, she “freaked out,” according to the complaint.

The victim said Brisson kicked his broken foot three times, then took glass bottles and broke them over his back.  Police say the boyfriend suffered a significant cut on his back from a salsa bottle.

Bisson then allegedly grabbed a piece of wood and hit her boyfriend, who blocked the blows with his forearm.  Brisson is also accused of grabbing the victim by his beard and striking him in the face repeatedly.

Investigators say Brisson appeared intoxicated, slurred her words, and did not seem to comprehend what was happening.  She denied assaulting her boyfriend, saying she had been assaulted by him.

Brisson has a history of domestic violence, according to the complaint.  She has three domestic assault-related convictions, including the most recent on Jan 4, 2021.