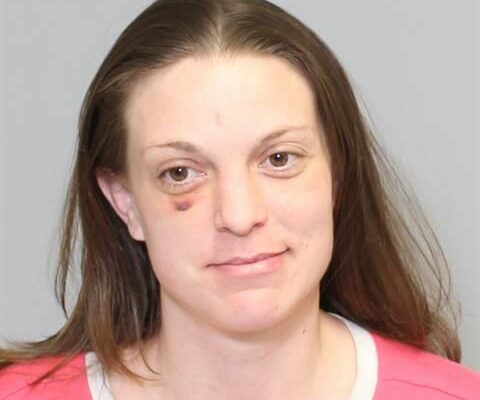 A Fairmont woman is accused of breaking into a man’s home by smashing his window, then chasing him with a claw hammer while threatening to kill him.

According to a criminal complaint, a man called Fairmont police Jan 13 to report that Miller broke the motion sensor off his house, smashed the kitchen window, then crawled into the home.

The victim told police that once inside, Miller grabbed a claw hammer off the table and chased him around the kitchen while threatening to kill him.  The victim said he was able to get the hammer away from Miller, and she left.

Police heard a recording of part of the incident, according to the complaint.

Court documents say there is an order of protection that prohibits Miller from having any contact with the victim.  Miller also has multiple convictions for threats, assault, and violating a restraining order, according to the complaint.

Miller admitted to police she had broken the window and told investigators she was mad at the victim because he had been sleeping with other women.  She admitted to chasing the victim with a hammer and telling him she was going to kill him.