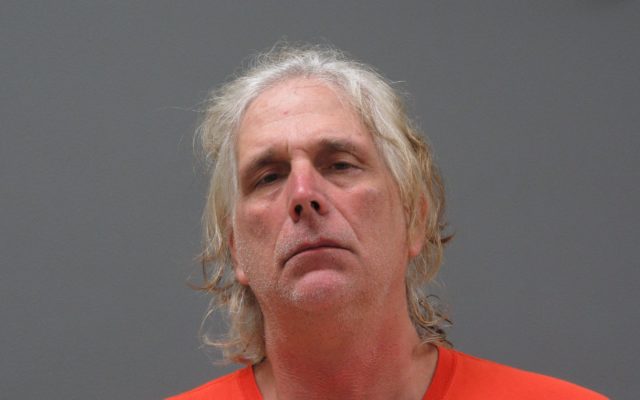 (Mankato, MN) – A Mankato man is behind bars and facing felony charges after he allegedly fired shots inside his home, prompting his child to report the incident to police.

Ross Patrick Perrino, 59, was charged Monday with reckless discharge of a dangerous weapon in Blue Earth County Court.  The charge is punishable by up to two years incarceration, a $5,000 fine, or both.

According to a criminal complaint, Perrino’s son called 911 on June 14 just after midnight, reporting that his father had shot a gun inside their Mound Ave home.  The boy told police he was playing video games in his room when he heard gunfire coming from the living room, where his intoxicated father was talking to the family’s basement tenant.

The boy said he saw his father on the couch with a revolver in his hand, then watched him fire the gun towards the living room wall.  That’s when the child called police, according to the complaint.

The tenant told investigators he and Perrino had been drinking when Perrino retrieved a revolver and shot it at the ground, then shot it again.

Perrino initially told police he had two shotguns and a .22 rifle, but didn’t own any handguns.  He later admitted to owning a .32 revolver, but denied firing a gun in the residence, according to the complaint.

Court documents say that when pressed by investigators, Perrino began hitting the side of his head and cursing himself.  He then admitted to police that he had loaded the revolver and showed it to the tenant before firing it into the wall, according to the complaint.

Court documents say two shotguns and a .22 rifle with a homemade silencer were located when investigators search Perrino’s home during a warrant search.

A portable breath test put Perrino’s blood-alcohol content at .16, according to the complaint.