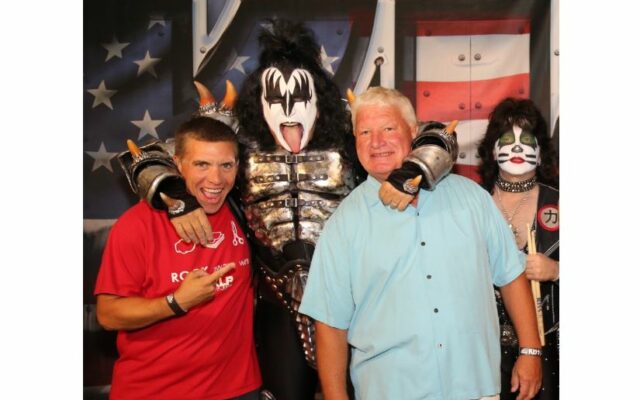 Local radio folks are still reeling from the death of Chris Painter, a mainstay in the Mankato broadcasting community.

Painter, 68, died Monday.  He worked on the local radio scene for decades, both on-air as a sports commentator, and behind the scenes.  Since 2007, Painter was working as a sales executive at a group of Mankato radio stations.

Mix 99.1 morning show host T.J. Palesotti worked with Painter for more than two decades.  “He really understood that radio sales was more about building lasting relationships and bettering the businesses in his community than it was about just selling commercials,” Palesotti said. “Simply put, the guy is a legend.”

Eric Jones, Co-Director of the Mayo Clinic Health System Event Center recalled hundreds of pages of entertainment requests from Painter that would be “painstakingly written out in his beautiful cursive script,” as Jones described. All of those pages, Painter personally delivered because he wanted to try to get inside information on potential bookings, says Jones.

“We lost a great friend, a mentor, and a co-worker,” said Radio Mankato Co-Owner Matt Ketelsen.  “[Chris] was a competitor, he liked to win, and yet he had a soft touch approach with carefully crafted words to share his thoughts.”

River 105 afternoon host Jim Gullickson, a Mankato radio veteran, said Painter was part of team that hired him on the spot for a sales position in the mid-80’s.  “My career really took off after that,” said Gullickson.  “I am so incredibly grateful for the relationship I had with Chris over the many years I worked for him.”

Funeral services have been set for Tuesday, June 22 for Painter, who was a husand, father, grandfather, and great-grandfather.  Visitation will be held the previous day at Northview North Mankato Mortuary.  His family described him in his obituary as a lover of golf, and a storyteller with a heart of gold.

“Not many weeks have gone by during my time here without at least one Painter office visit, and this week was no different,” said Jones.   “Next week will be much different…”