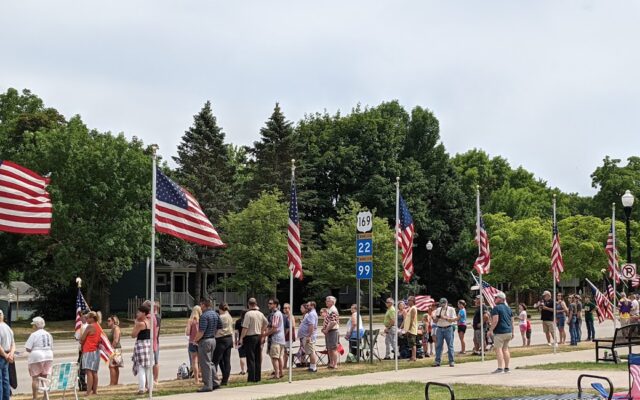 From the Twin Cities and home to Mountain Lake, southern Minnesota gathered to pay their respects to fallen Marine Eric-John Niss De Jesus as his body was transported home.

The 24-year-old Mountain Lake native died earlier this month while swimming off the coast of Japan.  His body arrived at the Minneapolis St. Paul International Airport yesterday afternoon.  A procession in his honor was held on the route back to his hometown. 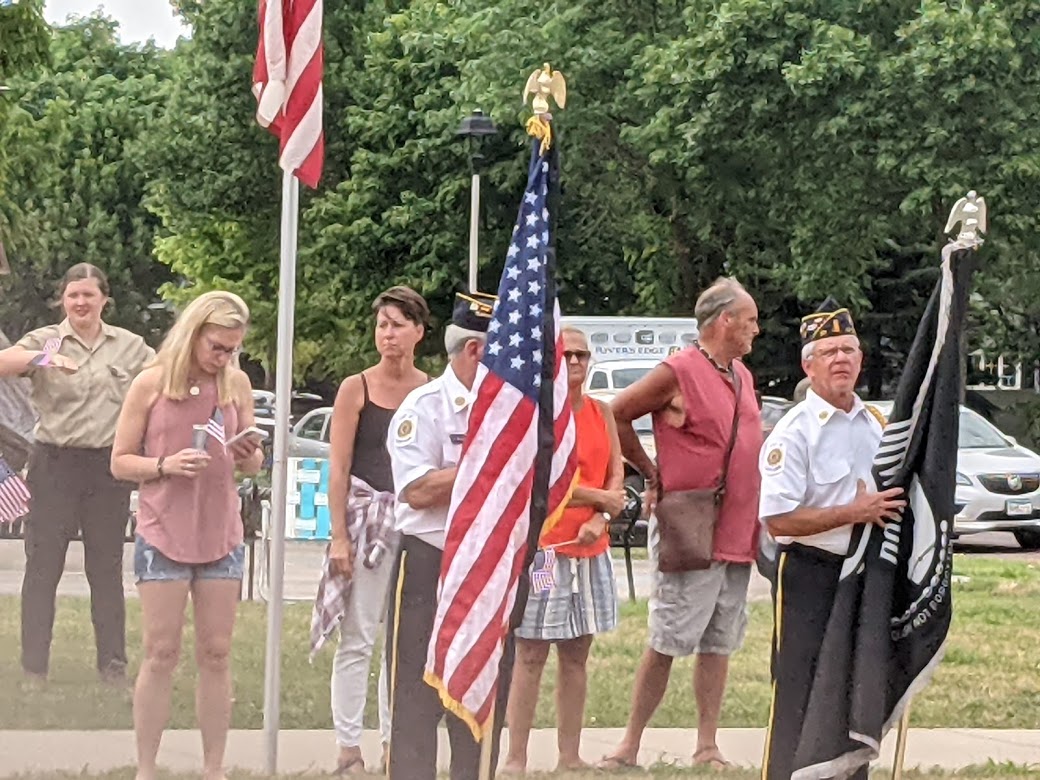 Highway 169 in Mankato/North Mankato was lined with procession viewers, many carrying flags.

Niss De Jesus, a 2015 Mountain Lake High School graduate, was stationed in Okinawa, Japan.  He and three other Marines were caught in a rip current off the coast in early June.  The three others made it to safety, but Niss De Jesus was missing for about three days before his body was found. 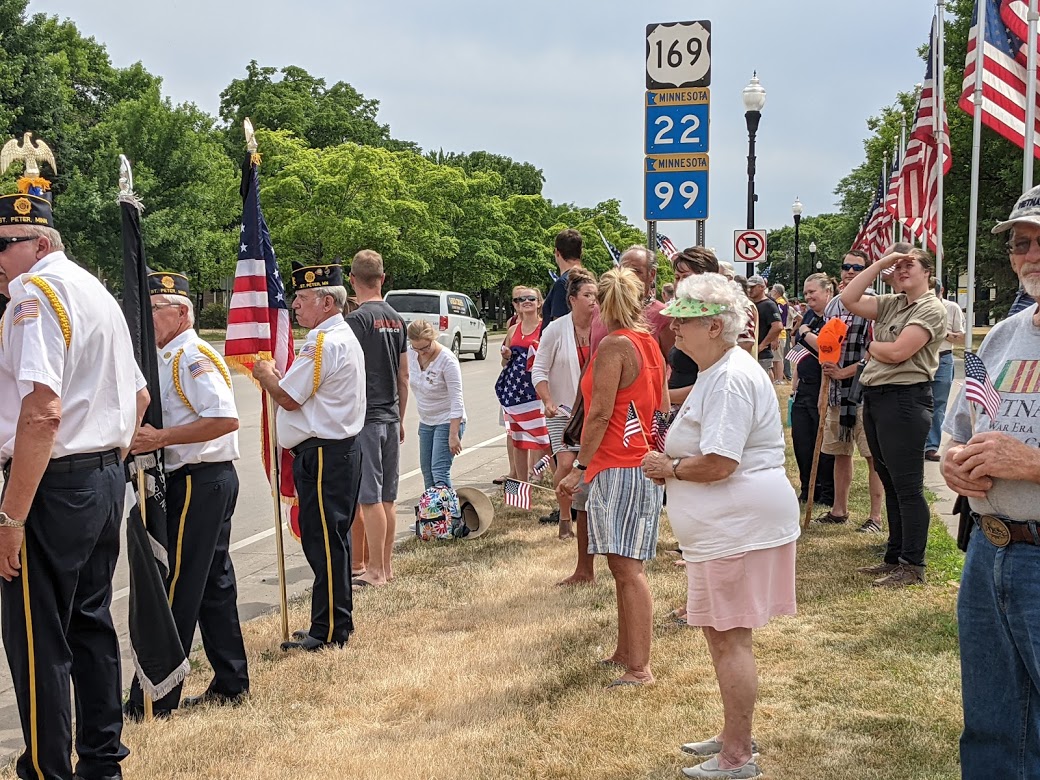 The procession carrying Niss De Jesus’ body began in Eden Prairie and traveled through Belle Plaine and Le Sueur before arriving in St. Peter.  It moved on through Mankato before heading to Lake Crystal.

As the procession traveled south on Highway 60, the Madelia Fire Department captured images of onlookers lining the overpass to watch the event.

Niss De Jesus’ funeral services are set for Saturday in Mountain Lake.  Visitation is scheduled for Friday afternoon and evening.