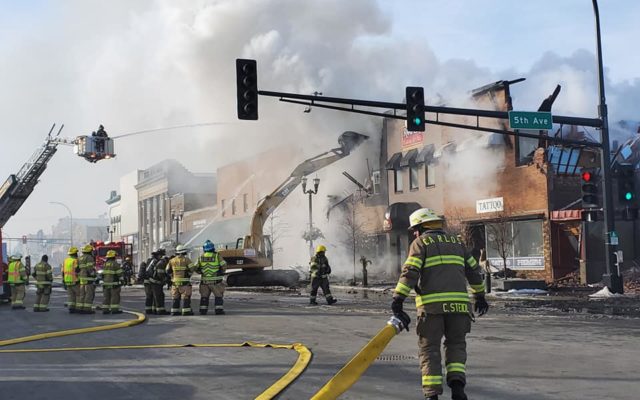 (AP) – Firefighters are battling a massive fire that destroyed part of downtown Alexandria in western Minnesota.

About 120 firefighters from multiple departments are working to put out the fire. Crews were called around 4:30 a.m. Tuesday.

City officials say the fire has destroyed four buildings. Crews are demolishing those buildings to make sure the fire does not spread.

About 20 people who live above the businesses have been displaced by the fire, but no injuries are reported. The American Red Cross is assisting the residents. The area around the fire is barricaded, and people are asked to avoid the area.