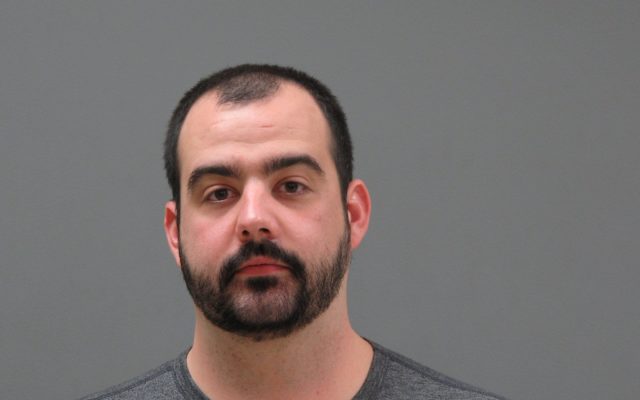 (Mankato, MN) – A former University of Minnesota Mankato student is accused of stalking a woman for years and using the school’s crime reporting system to make false reports against the victim.

Jeffrey Colin Purdy, 28, of Minneapolis, was charged Tuesday in Blue Earth County Court with felony counts of stalking, harassment by false impersonation, and threats of violence.

The victim reported to police on Sept 15, 2017 that Purdy – a former classmate – had been sending her harassing emails.  The victim had gone to school with Purdy through 2016, and told police she had declined romantic advances from him.

Purdy would send the victim long letters and wait in the lobby of her building for hours.  The victim told Purdy to stop contacting her, but he persisted.

In March 2015, the victim began to feel afraid of Purdy and blocked him from her social media accounts.

In June 2016, the college began receiving silent witness reports falsely claiming that the victim was causing trouble in the dorms.  Silent witness reports are an online tool that allows students to anonymously report incidents at the college.  Threats were made through the reports under an anonymous IP address and sometimes through text.  The threats began to get more frequent and more violent.

In April 2017, the victim filed a Harassment Restraining Order against Purdy, which was granted.  The order was renewed in Oct 2019 for two years.

In April 2019, the victim received a text that read: “within 2 weeks you will be raped in all your holes.  Then the dogs will have a turn.  Look forward to getting together.”

Mankato Police contacted the FBI for assistance with the investigation in Nov 2019.

In November 2019, a silent witness report was filed with the college that said: [Victim] will be raped repetitively.  Jeff will be broken this weekend.  I look forward to drinking [victim’s] juices and raping her a**.”  Unlike previous messages, the IP address was not masked and was traced to an account belonging to Purdy.

In Feb 2020, a silent witness report was submitted claiming that Purdy was attempting to track the supposed reporters, and was “selfishly” protecting the victim.  The report said Purdy deserved “to be killed” and to “slowly have his skin ripped off.”

“…if Jeff admits submitting all these reports, we will stop.  He will take that deal because he is weak and still cares about what happens to her,” read the Feb 11, 2020 report.  “As for [victim], there are 2 ways to getting her to notice you.  The first is to crush her will and make her entirely yours, the second is to make her owe you.”

The anonymous reports also included threats that the author would kidnap the victim and frame Purdy for the offense.

Purdy has recently been seen visiting the college campus.

On Feb 29, 2020, Mankato police and the FBI interviewed Purdy, who admitted to sending the silent witness reports and anonymous texts.  Purdy told police he wasn’t sure what had escalated the reports, but said he was very upset about the order the victim had taken out on him.

Purdy said he never got over the victim and wanted her attention.  Police asked Purdy if the victim had ever been in danger, and he responded “yes,” saying he thought someone might try to harm her because of drugs left in her room.