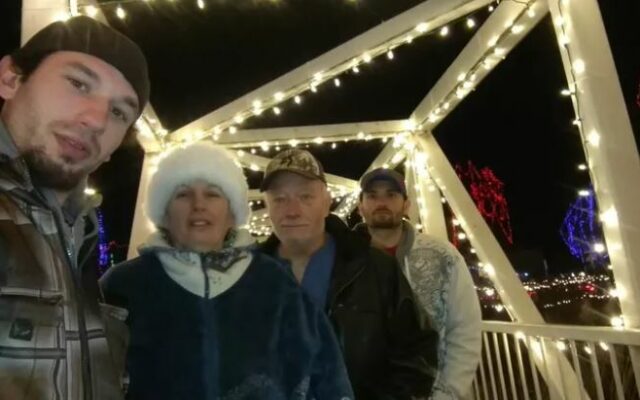 The Mazurkiewicz Family, Go Fund Me

The future is uncertain for a Minnesota Lake family recently hit by a double tragedy.

The Mazurkiewicz family lost their home and their father in two separate incidents that happened within hours.

The chain of events began the night of February 12, when a fire broke out at the family home in Minnesota Lake.  Joseph Mazurkiewicz, 76, lived at the Lake Ave house with his two sons, Robert and Shawn.

The Minnesota Lake Fire Department was on the scene for five hours, but the home couldn’t be saved.  The Mazurkiewicz men left for the night to stay at a Mankato hotel, according to family friend Dan Schoneck.

On Sunday afternoon, Joseph Mazurkiewicz and his two sons left their Mankato hotel to check on their three beloved cats, said Schoneck.

En route to Minnesota Lake, the family’s minivan drifted off Highway 22 into the ditch, where it crashed and rolled.

Joseph Mazurkiewicz, who was driving, was critically injured in the crash.  Schoneck says Joseph lost consciousness before the crash, but it’s unknown if he suffered a medical emergency. Joseph was transported to St. Mary’s Hospital in Rochester, where he died on Thursday after being taken off life support.

“Rob has a busted shoulder,” said Schoneck, who was concerned about how the older Mazurkiewicz brother would deal with the additional health burdens.  Robert dealt with extensive back pain for years prior to the crash, and was previously unable to work, according to Schoneck.  He says Robert also suffered broken neck and back vertebrae in the crash.

Schoneck said the fire was caused by a cigarette. “What the fire didn’t wreck, the water did,” said Schoneck.  He says 30,000 gallons of water were used to extinguish the blaze, which froze into a coating of ice two inches thick.  The home was condemned.

Shawn lost everything in the fire, says Schoneck, including his wallet, debit cards, and computer.  The family’s second car was even wiped out by the fire.

Schoneck says 29-year-old Shawn Mazurkiewicz has degenerative arthritis and fibromyalgia.  Shawn worked for Schoneck when he could to supplement his father’s social security income.

The home had been fully paid for, and Schoneck is helping Shawn sort through the insurance and coverage matters, which he says will determine the Mazurkiewicz brothers’ housing fate.

A Go Fund Me page was created for the family.  Schoneck has also set up an account under ‘Mazurkiewicz Family Fund’ at CCF Bank in Wells.   Checks can be sent to P.O. Box 21 in Minnesota Lake or donations can be made at any CCF Bank.

Schoneck says there has been one bright spot for the brothers.  One of the family cats has been safely recovered.