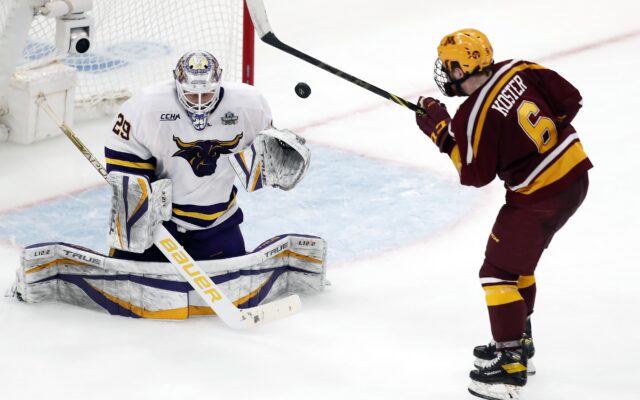 MANKATO, Minn. (AP) — Minnesota State goaltender and Hobey Baker Award winner Dryden McKay has been given a six-month ban for an anti-doping violation after leading the Mavericks to the Frozen Four national championship game.

The suspension was announced Monday by the United States Anti-Doping Agency.

McKay was tested by the agency as an alternate for Team USA’s Olympic hockey roster. A supplement he took to help protect him from COVID-19 was the source of the positive test. Minnesota State said in a statement that McKay had a mandatory provisional suspension that was lifted following a hearing in early February. McKay said in a social media post that he accepted the suspension so that he can be ready for professional hockey in the fall.