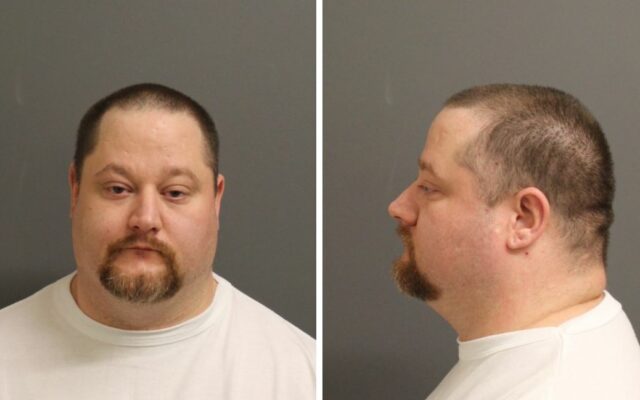 Schulz is incarcerated in Lino Lakes for three previous sexual assault cases.  The first, reported in August 2019, involved an 11-year-old boy who reported Schulz has touched his penis and offered him $20 to perform oral sex.  The following month, another male told police Schulz had sexually abused him from the time he was ten until he was 14 years old.

A third accuser came forward several months later, telling investigators Schulz had raped him when he was 10 years old.

Schulz was sentenced to nearly 12½ years in prison in March 2020 for the three cases, his sentences to be served concurrently.  He also received credit for more than 200 days already served in jail.  He’s eligible to leave prison in April 2023, according to the Minnesota Department of Corrections website.

According to a criminal complaint filed in Martin County Court:

In October 2021, a 34-year-old man said told police he was molested by Schulz in his Trimont home in 1997.  The man said Schulz convinced him to take off his clothes and lay naked on the bed with him.  Schulz allegedly asked the boy to touch Schulz’s genitals and told him “it’s what grown-ups do.”

In December 2021, a 31-year-old man said Schulz sexually assaulted him when he was in 4th, 5th, or 6th grade.  The man said Schulz was his home health care aide at the time.  The victim told Fairmont police Schulz touched his penis on at least four occasions and asked him for oral stimulation on multiple occasions.

In an interview with Schulz at the Lino Lakes prison, Schulz allegedly admitted to investigators that he had fondled his home health care client when the boy was 9 or 10 years old.  The complaint says he also admitted to molesting the boy in Trimont when the child was 11 or 12 years old and Schulz was in his 20’s or 30’s.

Schultz denied any wrongdoing with the girl who came forward.