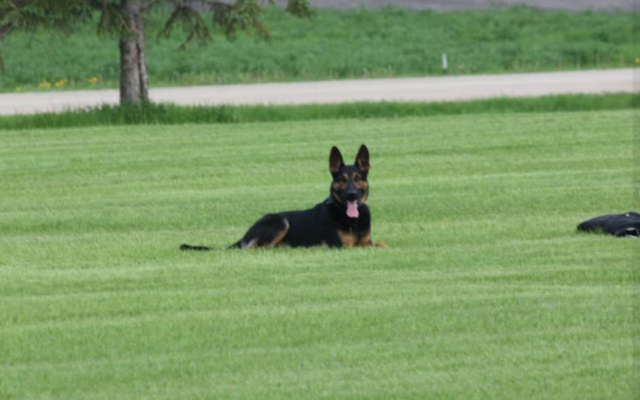 A K-9 helped take a fugitive into custody near Franklin Friday afternoon.

Renville County Sheriff’s deputies responded around 1 p.m. to a report of a domestic disturbance approximately two miles northeast of Franklin of f410th Street.

Deputies believed Javier Diaz Garza, the 52-year-old suspect, was hiding in a house on the property. Garza had two outstanding felony warrants for his arrest, according to a news release from Sheriff Scott Hable.

The release says Garza refused to communicate with deputies and ignored commands to exit the house, despite repeated warnings of canine involvement.

“K9 Duke was deployed inside the house to search for Garza and discovered him hiding under the bed in a bedroom,” says Hable’s release. “K9 Duke apprehended Garza and held him until deputies could safely secure him and take him into custody.”

Garza was treated for a non-life threatening dog bite injury, then booked in the Renville County Jail. No one else was injured.