The Mankato Area Robotics Club (MARC) made a strong showing in the world championship in Dallas, TX last week.

MARC, an independent VEX-U robotics competition team, finished in 7th place out of 32 teams in their division.  The team put up some of the highest scores in the competition while facing some of the best teams.

The team was founded in 2020 by Hunter Stevensen, Brandon Krueger, and Leif Stout.  After they graduated from Mankato West High School, they wanted to continue competing in VEX Robotics competitions at the university level. COVID put their dreams on hold, but early this year, they decided to give it a shot. 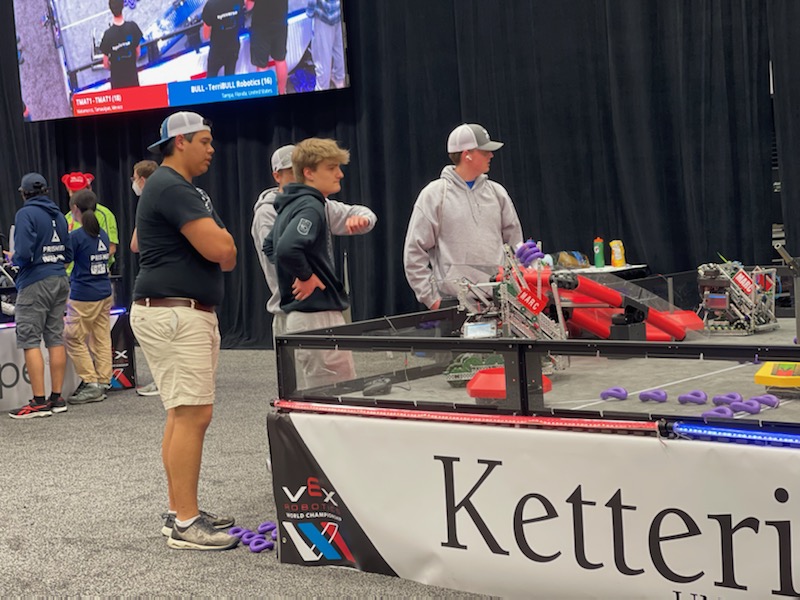 With a late-season start and no financial support, the team invested countless hours and hundreds of dollars for their chance at a world championship.  The team first competed at the St. Cloud Regional Qualifying Tournament in March.  There, they were ranked 11th in the world, which qualified them for Dallas.

The performance in the Dallas competition earned the team internship offers at Tesla headquarters.

“We already have ideas for the design,” says Krueger.  “Some of the elements we will keep secret until we get to worlds next year.”

The team is on Instagram @marc_vexu for those who want to follow the journey towards a world title.