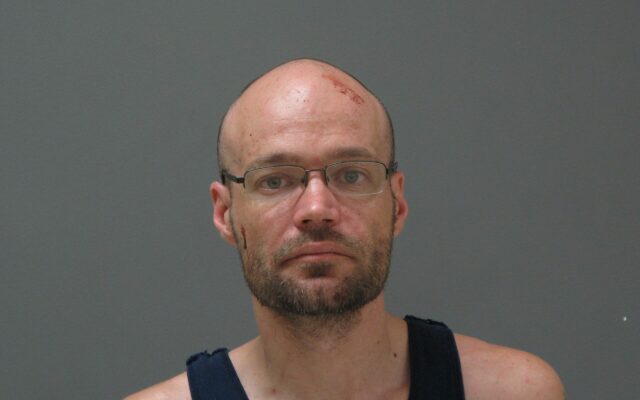 A Mankato man is facing felony charges for allegedly beating and choking a woman.

A criminal complaint police responded to a 911 call in which a woman could be heard asking Olson “why are you hitting me?”

Court documents victim was crying and afraid when police arrived on the scene.  She told officers Olson punched her in the face and choked her because he was angry at her for taking money. Police say the victim had bruising on the side of her face.

The victim also reported that Olson had burned her knee and pushed her several days prior.  She did not report that incident to police, according to the complaint.

Court documents say the victim sought medical attention for three hairline fractures in her chest that were allegedly caused by Olson.

Olson has a pending domestic assault case involving the same victim.  He allegedly beat and choked the woman in that case, as well.  He also faces felony drug charges in that matter.

Police say when Olson was arrested, methamphetamine was discovered on his person.  Olson has since been released from jail.

Olson has been previously convicted of four felony violations, including drug sales and possession.