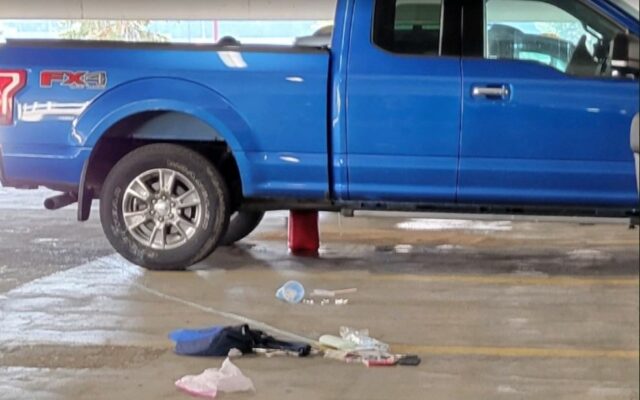 Officers were dispatched to the ramp at about 7 p.m. Wednesday for a vehicle leaking gas.

Department of Public Safety spokesperson Dan Schisel said police found a gas canister near a blue Ford pickup that was leaking gas when they arrived on the scene.

Investigators determined that the gas tank had been punctured or drilled and it appeared someone had been trying to steal the gas.  There were no suspects near the scene.

Schisel noted that the ramp does have surveillance cameras and police are investigating the incident.  He said there have been no similar incidents reported in Mankato. But in May, Blue Earth Police alerted the public after two reports of vehicles with holes drilled into the fuel tanks.

The fire department was dispatched to the ramp to assist with the gas spill.  Schisel said any additional details will be released when police reports are completed.