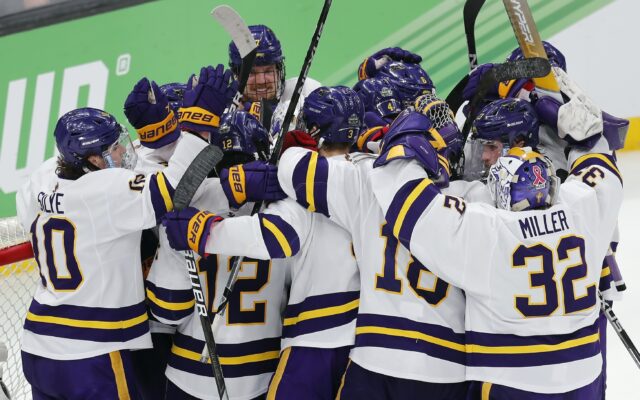 Minnesota State will play for its first NCAA hockey title Saturday night against Denver, which beat Michigan 3-2 in overtime in the early semifinal.

Benton Maass, Ondrej Pavel, David Silye and Brendan Furry also scored for Minnesota State, and Hobey Baker Award finalist Dryden McKay stopped 16 shots. Justen Close made 27 saves before he was pulled for an extra skater with 3:51 left, but the Gophers could not convert and Furry delivered an empty-netter.