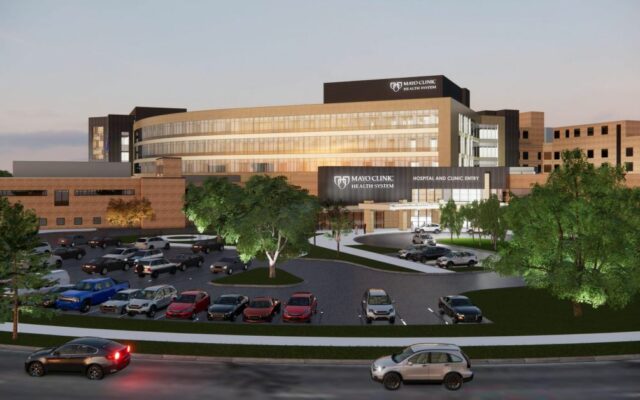 Mayo Clinic Mankato is planning an expansion on its existing facility that would include more space for patients and staff.

The expansion, which would be completed over five years, would add a “bed tower,” consisting of several new floors.  Altogether, the new space would add up to more than 140,000 square feet.

An additional 69 patients rooms would be added throughout the expansion, as well as new staff and public areas, and a helipad.

Here’s the plan for the potential layout, according to a Site Plan and Traffic Advisory Review Committee Agenda:

The 5th Floor and 6th floors of the building are comprised of staff areas, patient care, and public/circulation space.

The 7th floor of the building includes a small portion of patient care, mechanical/electrical areas, and the relocated helipad.

Mayo still has a couple of hurdles to clear with the city, however.  The healthcare provider has requested two variances in order to move forward with the development.  Mayo is asking the city to increase the allowable height from 75 feet to 81 feet, and for an increase in allowable site signage.

Dr. James Hebl, the Vice President of the Southwest Minnesota region of Mayo, offered the following statement on the project:

“Mayo Clinic Health System in Mankato is in the planning phases for a new hospital bed tower expansion on our existing campus. While the bed tower expansion is not yet approved by Mayo Clinic leadership, we are seeking zoning review and approval of project plans from the City of Mankato, as well as conducting some on-campus preparatory work, to be ready to initiate construction should all necessary approvals be secured. Taking these preliminary steps does not guarantee the project will move forward.”