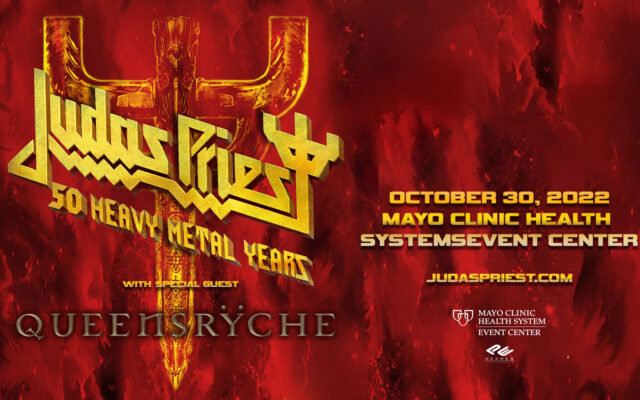 The Mayo Clinic Health System Event Center has ‘another thing coming,’ and this time, it’s a heavy metal act.

Judas Priest’s presence and influence remain at an all-time high even after 50 years.  The band’s 2018 release “Firepower” was the highest-charting album of their career.  The band also won a 2010 Grammy Award for ‘Best Metal Performance, and they were nominated in 2017 for the Rock and Roll Hall of Fame.

Judas Priest was originally formed in Birmingham, England in 1969.  In 2022, band members Rob Halford, Glenn Tipton, Ian Hill, and Scott Travis will be inducted into the Rock and Roll Hall of Fame