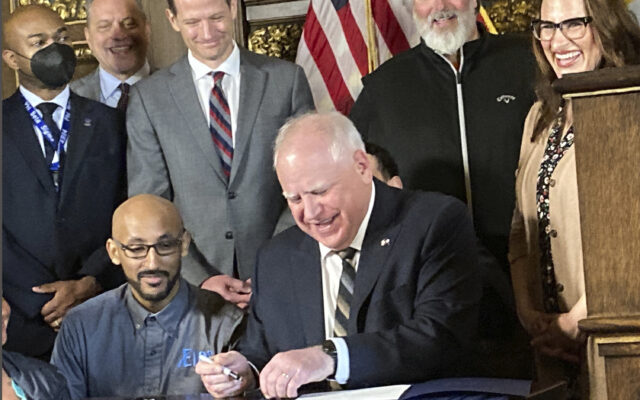 @ap.news Minnesota Gov. Tim Walz holds a ceremonial signing ceremony at the State Capitol on Monday, May 2, 2022, for a bill to provide $750 bonus checks to 667,000 Minnesota workers who were on the frontlines of the pandemic, in St. Paul, Minn. (AP Photo/Steve Karnowski)

By STEVE KARNOWSKI Associated Press
ST. PAUL, Minn. (AP) — Minnesota Gov. Tim Walz is pushing back against critics who say his administration should have done more to thwart what federal prosecutors have called a scheme to take advantage of the COVID-19 pandemic to defraud the U.S. government of at least $250 million.

The Democrat said Thursday that the Minnesota Department of Education’s hands were tied by a court order for it to resume payments despite the state agency’s concerns. And he said the FBI asked the state to continue making payments while its investigation continued.

Federal authorities on Tuesday announced charges against 48 people in Minnesota in what they call the largest pandemic-related fraud scheme yet.