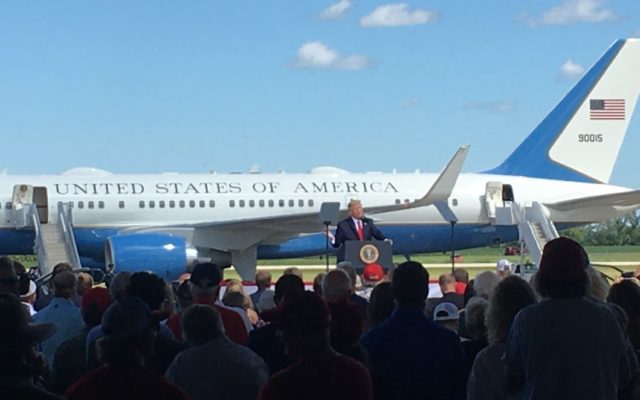 DULUTH, Minn. (AP) — A Minnesota photojournalist was attacked by a supporter of President Donald Trump outside the president’s rally in Duluth.

The Duluth Police Department says it’s investigating and working to identify the man, who appeared to punch a phone out of the journalist’s hands.

WCCO-TV photojournalist Dymanh Chhoun was filming people gathered near Duluth’s airport before Trump’s campaign visit on Wednesday when he began filming a man confronting Joe Biden supporters. Chhoun’s footage shows the man say, “You guys want to be peaceful? Be peaceful. You want to be violent? Come to me.” He then turns and punches Chhoun’s phone.