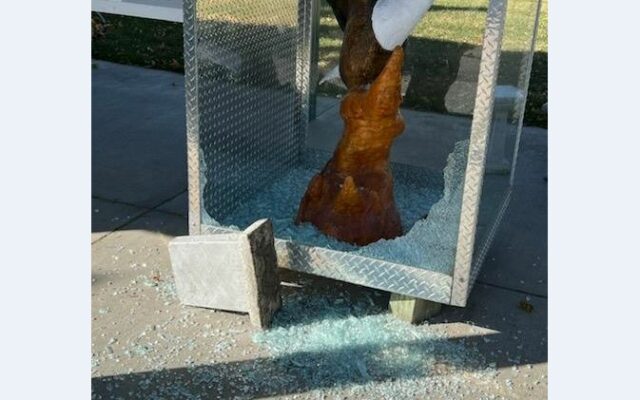 Montgomery Police are investigating after Veteran’s Memorial Park and a local business were vandalized Sunday night.

Photos posted by police on social media show a glass enclosure surrounding an eagle sculpture smashed by what appears to be a bench pedestal.  The seat of one of the benches was ripped off, and a small statue depicting combat boots and a helmet was knocked off its base.

Photos of the business damage were not posted on social media.

Montgomery police say both incidents are under investigation.  “If you see or hear anything – please report it!” the police department said in a Facebook post.  “We would like to hold the person or people who did this responsible!”