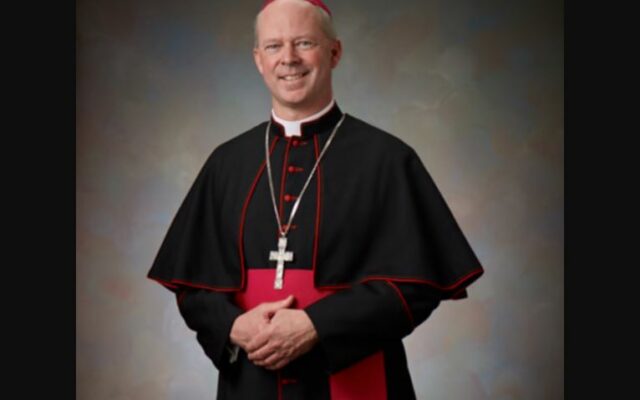 A new bishop has been appointed to the Diocese of New Ulm.

Bishop Chad W. Zielinski, 57, was appointed as the fifth bishop of the diocese by Pope Francis.  He will replace Bishop John M LeVoir, who retired in August 2020 after 12 years with the diocese.

Zielinski is currently Bishop in the Diocese of Fairbanks in Alaska. “I come to the Diocese of New Ulm with the same open heart and mind, eager to learn and encounter new blessings as I visit parishes and families in this beautiful prairie land of south and west-central Minnesota,” Zielinski said in a statement.

Zielinski was born in Detroit and grew up on a farm in Alpena, Michigan.  He enlisted in the U.S. Air Force following his high school graduation in 1982.  He completed his tour of duty in 1986 and entered Mount Angel Seminary in St. Benedict, Oregon.  He was ordained to the priesthood in 1996, but returned to the military in 2002 as a chaplain.  Bishop Zielinski was stationed in England for two years before returning to the states.  He continued his military service until he was ordained in 2011 as the sixth bishop in Fairbanks.

Bishop Zielinski will be installed at the Diocese of New Ulm on September 27.