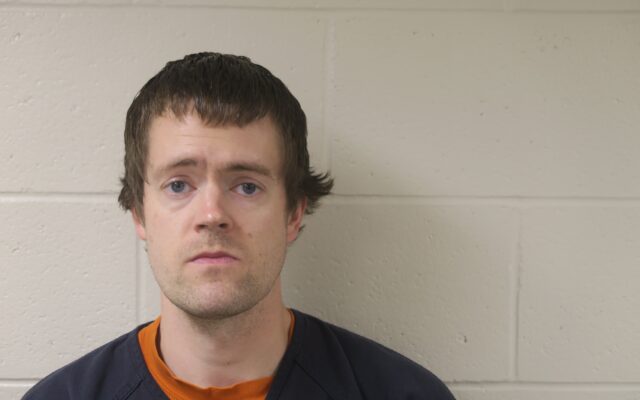 A New Ulm man is accused of abuse that left three-month-old baby hospitalized with serious injuries.

According to a criminal complaint, New Ulm Police responded to a 911 call of an unresponsive baby at 4:09 a.m. on July 9. The responding police officer later told investigators he initially believed the baby was deceased because the child was completely limp and not breathing.  Oxygen was administered.  The boy began crying and was transported to the Twin Cities for care.

Court documents say Andrews told responding officers he had been feeding the child when the boy went limp and unresponsive.  He later told investigators he was responsible for two of the baby’s nighttime feedings.  Andrews said he changed the boy during the 4 a.m. feeding on the night of July 9, and the child cried and screamed.  Another witness was awake at the time.

Andrews told investigators he took the child downstairs, where the boy continue to scream and refused a bottle.  The complaint said Andrews then admitted to dropping the child into a bouncy seat from about knee level, but missed, causing the child’s head to hit the floor.  Andrews told police the boy cried for a short time and then went limp and unresponsive. He told investigators he “just needed a break” and didn’t mean to drop the baby so hard.  The child was then carried back to the bedroom to the witness.

A doctor from Midwest Children’s Resource Center told investigators the 3-month-old  suffered bleeding outside the brain caused by serious head injury, as well as eye hemorrhaging. The doctor said she believed the fall could have caused some of the injuries, but she believed the child was a victim of being shaken “very violently.”

Court records say the baby was a healthy child prior to July 9th.

The complaint does not mention what relationship Andrews or the witness had with the child.  SMN has reached out to investigators for clarification.