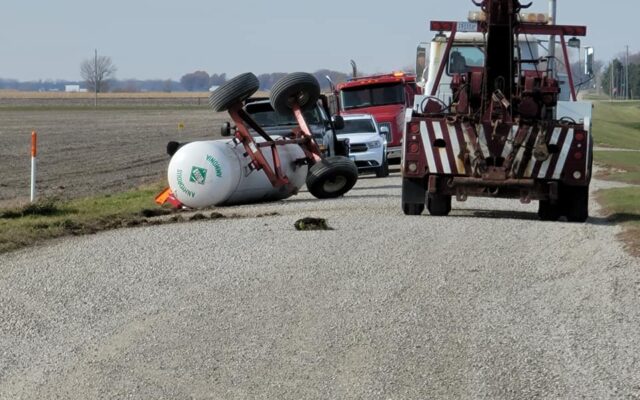 No injuries were reported after an anhydrous leak near Minnesota Lake Friday morning.

Captain Paul Barta with the Blue Earth County Sheriff’s Office says a tractor was pulling an applicator and two anhydrous ammonia tanks when one tank went off the road, causing both to tip and break off the hitch.

One of the tanks began leaking and emergency crews were unable to shut off the valve, according to Barta.  The tank was moved to a safe place for ventilation.  Crews remained on the scene to assist with clean up.  A tow truck removed the damaged tanks.

Minnesota Lake Police said in a social media post that the public was not at any risk.