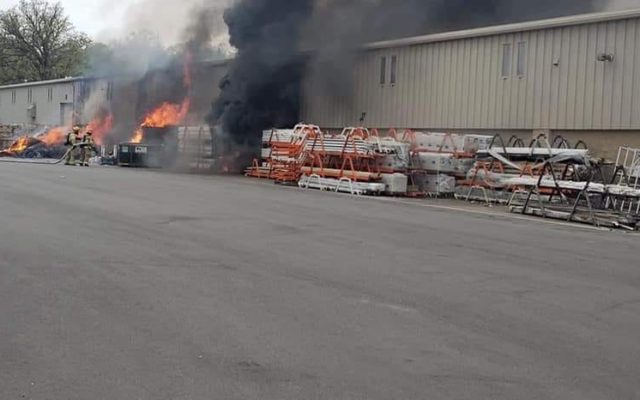 Fire at Lindsay Windows on Commerce Drive May 13, 2020

A release from the North Mankato Fire Department says crews responded at 11:20 a.m. to a report of large piles of cardboard on fire outside at Lindsay Window on Commerce Lane.

The fire quickly spread and had begun to extend to the interior of the building, according to the release. Firefighters were able to pull the material away from the building and extinguish the flames.

No one was injured.  The North Mankato Fire Department and the state fire marshal are investigating the cause of the fire.