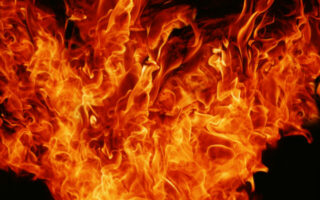 The North Mankato Fire Department was called to 809 South Avenue, where they found heavy smoke coming from the front and side door.  The residents discovered the fire, but there were no injuries.  The fire was extinguished.

The home suffered heavy damage on the main level and moderate damage to the second level, according to a news release.  The fire department was on the scene for approximately three and a half hours.  The cause of the fire is still under investigation.