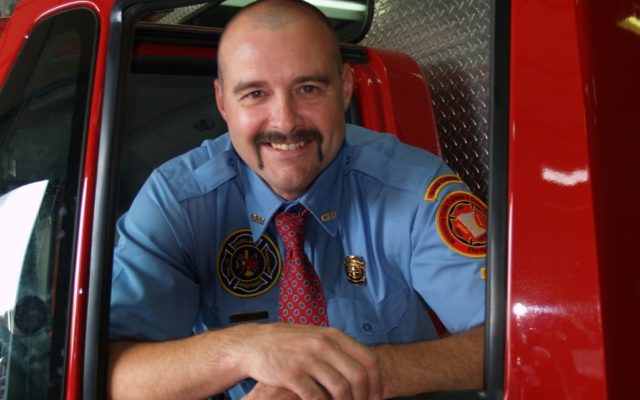 (Courtland, MN) – An online fundraiser has been started to raise money for a volunteer firefighter and father of four suffering from a rare disorder.

Brandon Matter, a member of Courtland Fire and Rescue, was diagnosed with POEMS syndrome at Mayo Clinic in Rochester  Thanksgiving week.  POEMS is a rare bone marrow disorder in which increased plasma cell production can damage other parts of the body.

Matter initially began noticing numbness and tingling in his feet.  He started seeing a local chiropractor, but the issues intensified, so he went to see his family doctor.  A CT scan revealed a dark spot on his spine that concerned his doctor.  This led to a consultation with doctors from Mayo, who were initially stumped by his symptoms.

In January, Matter started a peripheral bone marrow stem cell transplant treatment process.  According to his Go Fund Me page, recovery time is significant, and he will move to St. Mary’s Hospital in Rochester for intensive physical therapy.  Matter will stay at the hospital until his medical team feels it is safe enough for him to function in his home environment.

The family will use any funds raised through the Go Fund Me page to make mobility modifications to their 100-year-old farmhouse, pay medical bills, and to help with income loss.