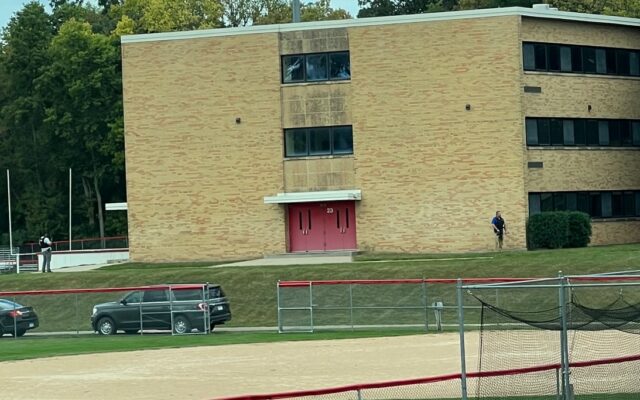 Police responded to Mankato West High School Wednesday morning for a report of an active shooter. Police say the report was a hoax. Sept 21, 2022

Police say a report of an active shooter at West High School on Wednesday was a hoax.

Mankato Public Safety responded to the call at 10:30 a.m.

The entire school was searched, but police found there was no threat, according to a press release.

Police say the call was likely “swatting,” which is when someone makes a prank call to law enforcement, claiming an emergency at a real address and waiting for someone to respond.  Mankato police say several other schools in the region received similar calls providing identical details.

The call is believed to be part of a nationwide swatting incident confirmed by the Federal Bureau of Investigation.

The incident came the day after an incident with a firearm involving a male student in a parking lot near Mankato West.