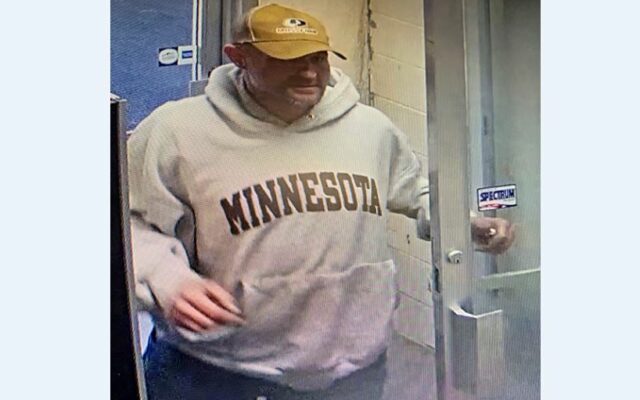 Mankato police are seeking three suspects in connection to a theft and property damage at a car wash.

The incident happened just before 6 a.m. on Monday, May 16 at the Star St Car Wash on Madison Ave. The suspects arrived at the site in a black SUV.

Authorities say the suspects entered the building, damaged property, and stole an undisclosed amount of cash.

Images of one of the suspects were captured by surveillance.  That suspect is a white man wearing a baseball cap with a logo on the front, a hooded “Minnesota” sweatshirt that is either gray or white, and blue jeans.

The incident remains under investigation.  All three suspects are still at large.

Anyone with information about the crime should call 911.