Prosecutor: Chauvin ‘had to know’ Floyd’s life was in danger 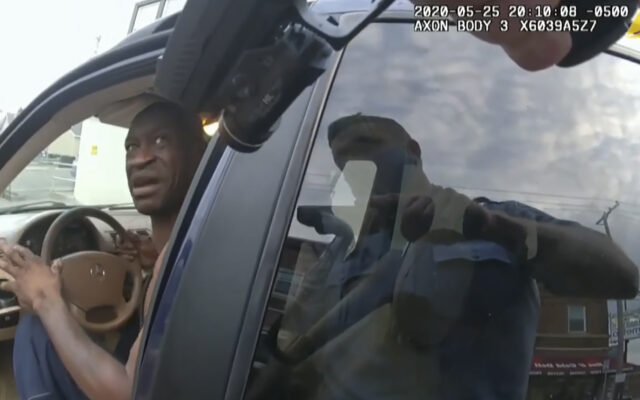 In this image from police body cam video, a Minneapolis police officer approaches George Floyd with a gun drawn, on May 25, 2020, outside Cup Foods in Minneapolis, as it is shown Wednesday, March 31, 2021, in the trial of former Minneapolis police Officer Derek Chauvin, in Floyd's death, at the Hennepin County Courthouse in Minneapolis. (Court TV via AP, Pool)

By AMY FORLITI, STEPHEN GROVES and TAMMY WEBBER Associated Press
MINNEAPOLIS (AP) — A prosecutor says Derek Chauvin “had to know” he was squeezing the life out of George Floyd as the Black man cried out over and over that he couldn’t breathe.

Closing arguments began at Chauvin’s murder trial. The prosecution is going first, hoping to convince the jury that Chauvin squeezed the life from George Floyd as he and two other officers pinned him to the street for 9 minutes, 29 seconds, outside a corner market.

Prosecutors say those actions, despite Floyd’s repeated cries that he couldn’t breathe, were reckless, unreasonable, and warrant conviction not just for manslaughter but also on two murder counts.