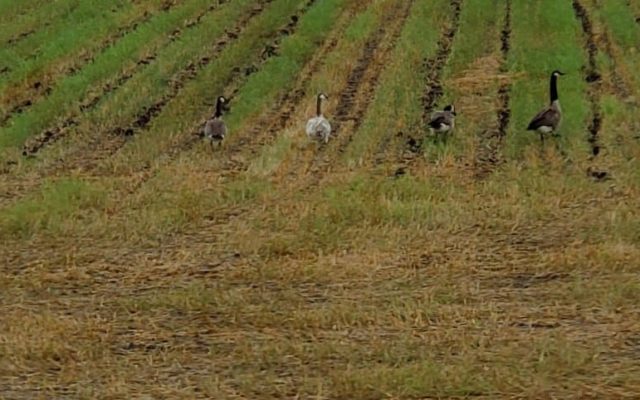 (Mankato, MN) – A Canada goose with a rare condition was spotted west of Mankato earlier this week.

A tipster told SMN his friend and hunting companion had told him of an albino Canada goose spotted during a recent drive.  Our source went searching and found the waterfowl his friend had described in a field west of Mankato.  He requested that the exact location be kept anonymous.

The man was able to get a few quick shots with his cell phone camera from a distance, but said the geese became startled and neighbors were beginning to eye him suspiciously. 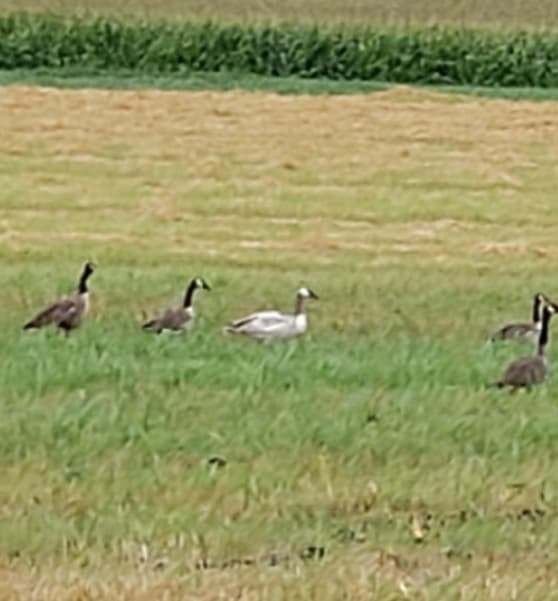 The Minnesota Department of Natural Resources studied the photos and said that the goose is not an albino, but leucistic.  Waterfowl Staff Specialist Steve Cordts said a leucistic goose is one that has light or white parts on its body, whereas an albino would be completely white.

Cordts said the condition often manifests in pale patches on the head, breast, or back.  He said the goose captured in the photographs appears to have an entirely light body, which he calls “pretty uncommon.”

Leucism is a condition that stems from a lack of pigmentation when the feathers are growing, according to Cordts.  It could be genetic, or even a lack of something in the goose’s diet. He likens it to a birthmark on humans, only it’s a light marking rather than dark.