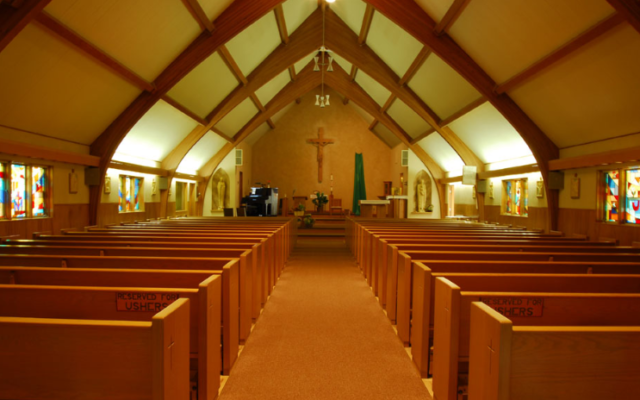 (Lamberton, MN) – Lamberton Police are investigating a break-in and theft that is responsible for thousands of dollars in loss and damage at a local church.

Police were called Thursday to investigate a theft at St. Joseph’s Catholic Church.  A press release says someone entered the church in the early morning hours and stole the Tabernacle from the altar of the church, along with several silver and copper serving glasses.

Police estimate the stolen items, along with damages exceed $8,000.

Lamberton Police are asking the public for help in solving the investigation.  Anyone with information about the incident is asked to contact police at (507) 507-828-9707 or the Redwood County Sheriff’s office at (507) 637-4036.