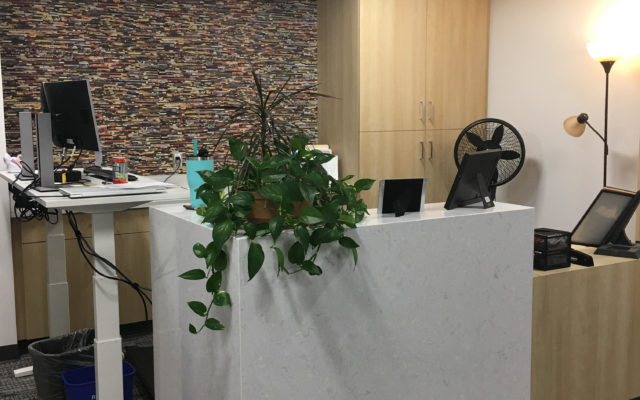 College administrators were joined by city officials, state lawmakers, project managers, and college trustees to commemorate the completion of the project, which started in spring 2019

The project included adding common areas for students to gather and study.  A new area called One Stop combined student services such as financial aid, registration, and job placement in one central location.

Several classrooms were remodeled for the first time since 1968, and new labs were created for manufacturing, agriculture, and healthcare, the region’s three largest industries.

A new space is available to students who need a quiet area for prayer or reflection.  Adjacent to the room is a foot-washing station for Muslim students.

Infrastructure upgrades were part of the project, including replacing four HVAC units, which were installed in 1968 and 1986.  The roof was also replaced.

The project was funded through $9.6 million in bonding dollars from the Minnesota legislature in 2017, along with approximately $1 million from SCC’s reserve fund.  Donors to SCC’s North Mankato Campus Foundation provided $750,000, including $75,000 in countertops from Cambria.  Eight industry partners also supported three specific lab areas.

The renovation was completed in spring.