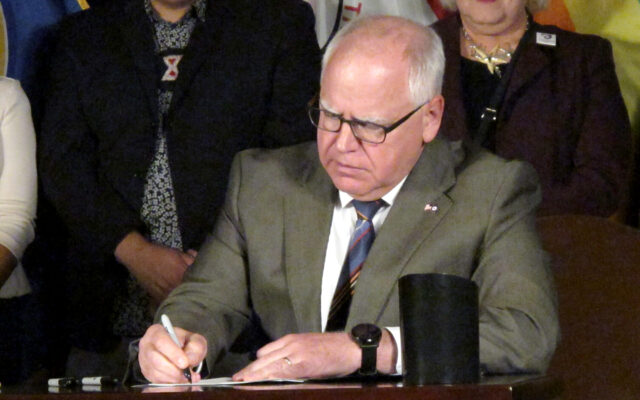 @ap.news Minnesota Gov. Tim Walz signs a ban on so-called conversion therapy during a ceremony at the State Capitol in St. Paul, Minn., on Thursday, July 15, 2021. Walz said conversion therapy, the scientifically discredited practice of using therapy to "convert" LGBTQ people to heterosexuality or traditional gender expectations, is a "byzantine, tortuous practice." He said his order empowers state agencies to ensure that no Minnesotans under age 18 are subjected to it, and that insurance companies and state health plans don't cover it. (AP Photo/Steve Karnowski)

The legislation he approved Thursday is intended to simplify tax filing and save money for hundreds of thousands of Minnesota residents and businesses, including people with student loans and companies that received pandemic aid. The measure brings the state’s tax code into conformity with federal tax rules. It’s one of several that legislative leaders have fast-tracked since convening last week.

Bills on issues from abortion rights to unemployment benefits for laid-off miners are also moving quickly through the legislative process and are expected to hit the governor’s desk soon.